Store to be built at former Waitrose

Mere Green in Sutton Coldfield is to get its second discount supermarket after plans for a new Aldi were approved by Birmingham City Council.

The new store will create 40 jobs and will join Lidl, Sainsbury’s and M&S Market Hall, as well as Poundland to a lesser extent a wide choice of grocery shopping.

It will. be built within three years on the Waitrose site in Belwell Lane in Mere Green, which will see the former supermarket building demolished.

Also set to go will be the neighbouring three-storey Atlas House, which used to house Flints bar at the ground level. The council ’s planning department approved the proposal on August 12, with Aldi given three years to build the new supermarket.

The new-build Aldi will be a ‘modest scale supermarket’ so the German chain says. It will be there to fulfil a ‘neighbourhood shopping role’.

Planners set some standard conditions for the development with Aldi asked to build the store according to its amended plans, it must submit a contamination remediation scheme and contaminated land verification report. It is also required to provide details on how drainage will be dealt with.

The planning statement said: “[It will] remove a dated and overbearing structure which dominates the Belwell Lane frontage and replace it with a food store of an appropriate scale and enhanced design that engages with the surrounding environment.”

Store wars could be breaking out in Sutton Coldfield when a second discount supermarket takes over a former Waitrose store in Mere Green.

A new Aldi will soon join the new Lidl supermarket currently under construction in Mere Green, the discount rival bringing a fourth supermarket into Mere Green, together with Sainsbury’s and Marks & Spencer. Include Poundland, which also sells food and groceries, and there will be five.

While building work progresses on Lidl at the former Lucas site on Mere Green Road, rival German firm Aldi has secured the Waitrose store on Belwell Lane and could convert the premises into its third store in Sutton Coldfield.

It would not be the first Waitrose store to have been snapped up by Aldi as the John Lewis chain has struggled with falling sales over the years. It bought up a former Waitrose in Camden, London in 2018.

The store in Belwell Lane, which has been an upmarket grocery store feature for four decades, is part of the Atlas House block which also houses the Flints bar and various offices with a large car park to the rear.

It is thought to have been snapped up for just £1. A spokesman for Aldi would not confirm nor deny this but said:  “We are always looking for and considering sites for our future stores network.”

The move could spark more anger with local residents as traffic would certainly increase again in and around Mere Green island adding to fears of traffic chaos with the new Lidl coming on line in the next couple of months.

The last time there were more than two supermarkets in Mere Green dates back to before the construction of Mulberry Walk, when the area hosted an Aldi, which is now Sainsbury’s, Waitrose and a Safeway store which was demolished as part of the new development. 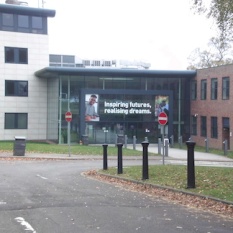 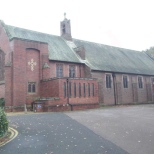 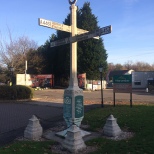